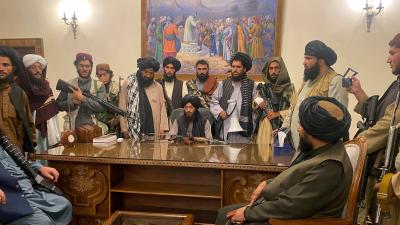 News about a new Afghanistan

Al-Hamdu Lillahi Rabbil-'Alamin, Afghanistan is not occupied anymore. After twenty years it is an Islamic country again. Something 95 % of the population wanted.

Of course these last twenty years of occupation have taken a heavy toll on the country and the people.

The Americans and their allies had set up a government according to their own example: heavily corrupt and anti-Islamic. If the former president Ashraf Ghani thought that the Taliban are so bad for the people – why didn’t he stay and fight? The Americans put huge sums of money into the military. The so-called “Afghan Army” by grace of USA had the best training and weapons money can buy. 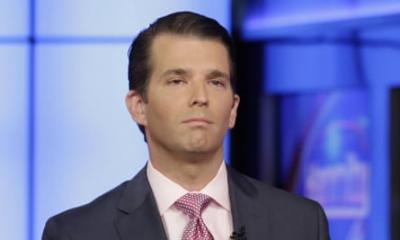 Prospective investors in a Trump Tower project near Delhi are being offered a conversation and dinner with Donald Trump Jr has part of a marketing campaign that has drawn criticism from corruption watchdogs.

Full-page advertisements reading “Trump is here. Are you invited?” featured on the front page of three Indian national newspapers at the weekend ahead of a visit by the US president’s son to India this week.

Reports and photographs of Iraqi prisoner abuse by U.S. soldiers have raised concern about the treatment of detainees being held in Afghanistan.

Tags:
Afghanistan, US military, Human Rights
Afghan Prisoners Beaten To Death At US Base

Two prisoners who died while being held for interrogation at the US military base in Afghanistan had apparently been beaten, according to a military pathologist's report. A criminal investigation is now under way into the deaths which have both been classified as homicides.

It is a tragedy of immense proportion when people in America, technically the most advanced country on earth choose ignorance over enlightenment in order to hide behind their fears of self-criticism.

Like Vietnam vets did decades ago, a group of soldiers are poised to speak out about atrocities they say the U.S. committed in Iraq and Afghanistan.

I support the government led by President Bashar al-Assad in the current situation in Syria.

What is happening in this country will cost dearly for the future of the entire Middle East.

If the terrorist plague, sown by Americans and their allies in Iraq, will spread to Syria, it will throw Syria, the most effective opponent of imperialism and its Nazi US-Zionist bull terrier, into a chaos of fratricidal Shia-Sunni conflict.

Was the "evidence" for the conviction of Osama Bin Ladin strong enough to convict or even kill him?

What the Government's dossier against bin Laden doesn't say and can't say: One thing is missing from the document 'proving' Bin Laden's guilt – the proof

While I do not say that this is a war against Islam per se, I certainly do think this is a war against the political form of Islam (which is required according to the Quran) since the political form of Islam with it's different ideology as compared to Western "liberal democracy" might be viewed as un-cooperative and as such as danger to Western leaders’ (and indeed any leaders’) interests, thus they strive to get rid of this danger, exactly ho