News about a new Afghanistan 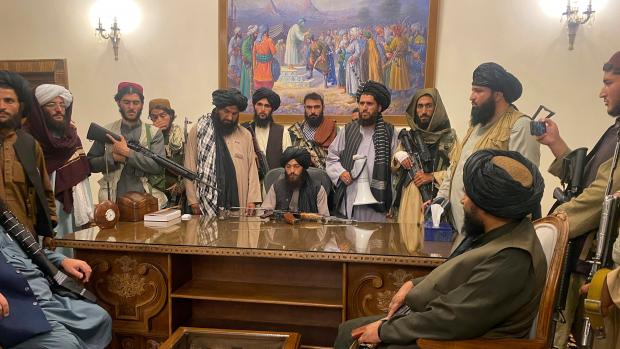 What the socalled "free press" will not tell you

Al-Hamdu Lillahi Rabbil-'Alamin, Afghanistan is not occupied anymore. After twenty years it is an Islamic country again. Something 95 % of the population wanted.

Of course these last twenty years of occupation have taken a heavy toll on the country and the people.

The Americans and their allies had set up a government according to their own example: heavily corrupt and anti-Islamic. If the former president Ashraf Ghani thought that the Taliban are so bad for the people – why didn’t he stay and fight? The Americans put huge sums of money into the military. The so-called “Afghan Army” by grace of USA had the best training and weapons money can buy.

But this “president” rather stole the money of the country and deserted his people to live a rich life in a foreign country.
And the army? When they came and offered their surrender – did the Taliban kill them? Of course not, why should they? It would have been against the Quran.  These soldiers also want a country under the rule of Quran and the law of Sharia. They also know that from now on their wives and daughters will be safe. Nobody will touch them or offer them money for indecent behavior.

One of the result of the terrible corruption of the last government was, that all the money went into the pockets of the politicians and collaborators. There was no money left for the Afghan people. No jobs for the people to feed their families.
That`s the reason why these people are now grabbing the opportunity to leave the country: they are poor and they believe that in a “rich foreign country” they can make money enough to provide for their loved ones. But in order to get a place on an airplane to fly to those countries they have to blame the Taliban.

They invent atrocities which they say that the Taliban are going to do. Up to now there were no such things, no killings, no atrocities, no persecution nothing. The US and European Forces took in their employ the best trained and schooled people and now they say, that the Taliban are going to kill exactly these people. Why on earth should they kill those who they need the most in order to restore their country. Come on, this is complete rubbish.
The truth is that the US government badly needs these TV pictures everybody watches on television these days of “the poor, poor Afghans, especially women, who all fear for their lives”.

The US government needs to show their taxpayers: “Look all these billions of $ we spent here was not to fill the pocket of the politicians, No! No! No! We needed to “protect those poor people” you can see how afraid they are. Yes, until now nothing has happened. But it could!”

In their own language they would call this “fake news”

Fact is however, that in order to subsequently justify their criminal doing in Afghanistan, they are robbing the country now of a badly needed workforce, of people who are needed to rebuild the country after twenty years of occupation, maladministration and mismanagement.

The only thing that I can say to the Americans is: Go home, spread your lies, your disinformation and deception. I got the distinct feeling that your own people do not believe you anymore.

And to the Afghans risking their lives on the airport after collaborating twenty years with the Occupiers I say: Look, they ran away, went home and left you here although they promised you different. Now, because of the reaction of their own people and their own media they feel deep shame, come completely unorganized with a few planes just so they can tell the world: Sorry, the Taliban do not let us take the people. Oh, but they do! Like the German press uncovered: Half of these Afghans fighting for a place in these planes are Criminals, young men with a criminal record in Europe, who have been send back to Afghanistan. How stupid can you be, I ask? First the Germans and other European countries send people back to Afghanistan because they committed a crime there and now these countries pay millions of $ and Euros to bring them back, just to show the world how bad the Taliban are?

Trust me if I tell you that the German people know that there is a lot of media-manipulation and deception going on and they do not believe what their own government tells them about the situation in Afghanistan.
In the goodness of their heart the Germans took in a lot of Afghan refugees, but now they wish that these refugees should go back and help to rebuild their country. And trust me, the German Government would gladly assist in the renewal and reconstruction of Afghanistan. Because they have a conscience, contrary to the US Crusaders, and the Germans know that they owe a debt to the Afghan people.

But you do no good to Afghanistan when you rob the country of their educated and well trained people.